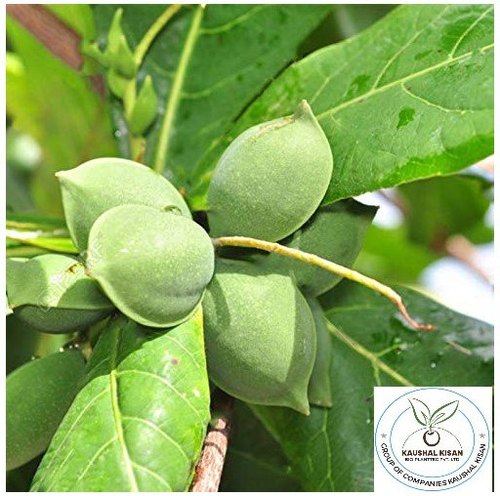 The Almond Live Plant is a deciduous tree it loses its leaves seasonally with average height of 20 feet. It belongs to the Rosaceae family.The almond tree is one of the oldest nut trees that were cultivated by humans. Almond tree is cultivated mostly in US (Central California, Arizona, Texas, Georgia) and in countries like Spain, Italy, Iran, Syria, Morocco and Australia. During the last two decades, California Almond production has tripled, making California account for over 80% of world supply. The average almond tree enters maturity period (and hence can produce good yields) from the 8th year of its age. Its life expectancy is estimated at 50 years.

The Best Almond Varieties in India